Leader in the Sector

Eat that frog! 21 great ways to stop procrastinating and get more done in less time 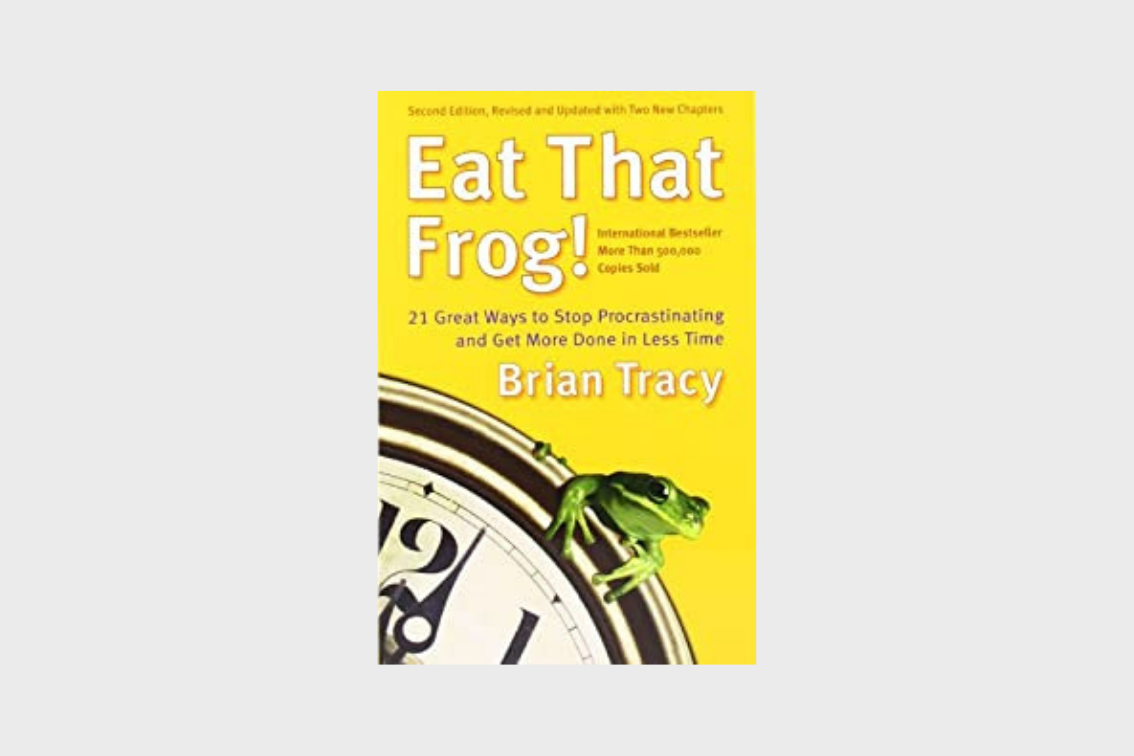 Brian Tracy has studied, researched, written and spoken for 30 years in the fields of economics, history, business, philosophy and psychology. He is the top selling author of over 70 books that have been translated into dozens of languages.

He has written and produced more than 300 audio and video learning programs, including the worldwide, best-selling Psychology of Achievement, which has been translated into more than 28 languages.

Eat That Frog! shows you not just how to get more done faster, but how to get the right things done. There’s an old saying that if the first thing you do each morning is to eat a live frog, you’ll have the satisfaction of knowing that it’s probably the worst thing you’ll do all day. Tracy uses ‘eat that frog’ as a metaphor for tackling the most challenging task of your day. This is the one you are most likely to procrastinate on, but if you address it, it can probably have an extremely positive impact on your life.